Putting patients at the heart of our work.

It’s imperative that the work we do translates into tangible impact for people affected by cancer across the globe.

Patient advocacy plays a vital role in Cancer Grand Challenges. From helping to shape challenges, to working closely with teams, the voice, experience and insight of people affected by cancer is central to our work.

To help provide this input, Cancer Research UK has established the Cancer Grand Challenges Advocacy Panel who are instrumental in helping to develop our approach to patient advocacy within the initiative. Each member of the panel brings a unique perspective.

All funded teams also involve patient advocates who help to inform the research approach and co-design and deliver their involvement and engagement plan. 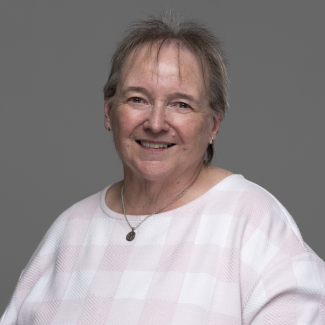 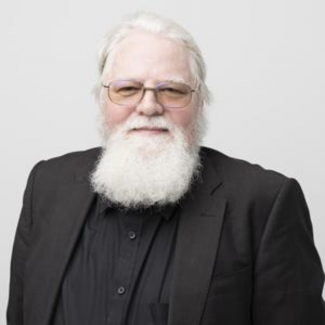 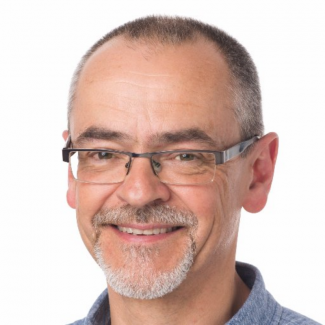 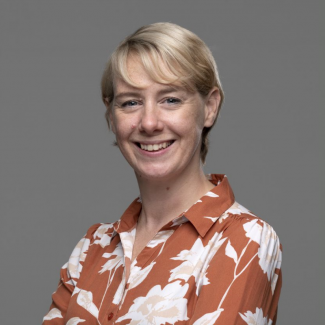 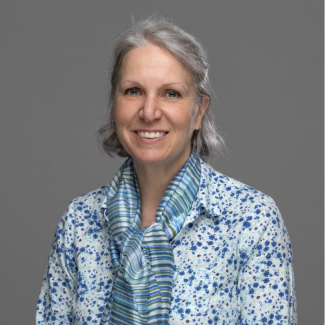 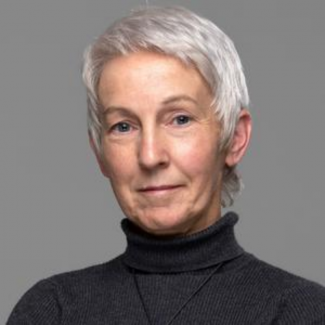 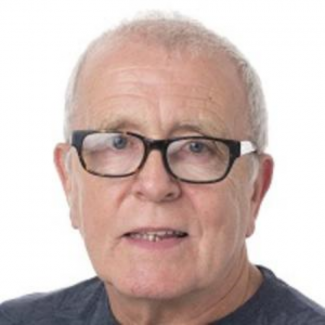 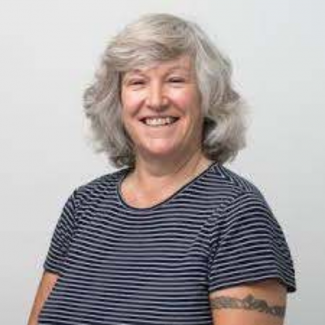 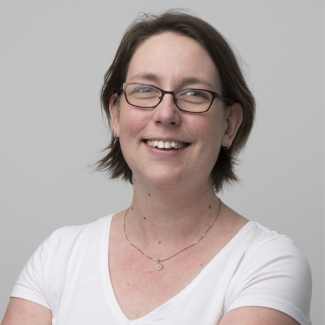 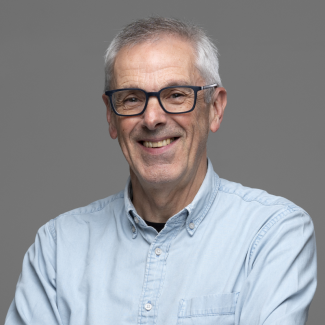 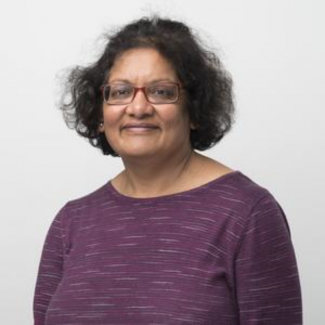 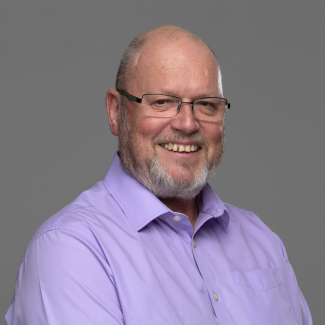 Margaret Grayson is Chair of the Cancer Grand Challenges Advocacy Panel. A native of Belfast, Margaret works extensively with cancer organisations as a personal and public involvement (PPI) representative. Margaret currently chairs the Cancer Grand Challenge Advocacy Panel, having been the deputy chair previously. She also chairs the Northern Ireland Cancer Research Consumer Forum, working with the NI Cancer Trials Network and is a lay member of their Executive Committee.

Margaret is a member of the NCRI Consumer Forum and represents Northern Ireland on the Consumer Involvement Advisory Group. She is an active partner in several Trial Management Groups and also a co-applicant on a Health Technology Assessment trial, as well as being a member of Independent Cancer Patient Voice (ICPV), and a facilitator for HSC, Public Health, Research and Development Division’s Building Research Partnerships workshop. She has been a member of Cancer Research UK’s Research and Innovation Cancer Insight Panel and been involved in many of Cancer Research UK’s PPI activities.

Margaret was awarded the MBE for services to cancer research in the Queen's Birthday 2018 Honours List.

Jeremy has been involved in supporting research through patient and public involvement (PPIE) for many years, working with PPIE groups and on an individual basis. He has personal experience of caring for his wife through 3 cancers, which were treated with chemotherapy, surgery and radiotherapy. Jeremy has also been a hospital patient himself and worked in the NHS, bringing a range of viewpoints to his role on the patient advisory panel.

After his experience caring for close relatives who’d had a cancer diagnosis, Jim Elliott got involved in cancer research as a way of giving something back, and to find out more about the research that underpins all cancer treatment. He’s particularly interested in Cancer Grand Challenges due to its potential to focus attention on hard to answer questions that would be unlikely to be addressed otherwise. Jim has a broad range of skills and experiences that will allow him to bridge the gap between scientists and the public, and help frame the science in ways that will resonate with multiple audiences.

Jim has a number of public involvement roles related to cancer. He is a Cancer Research UK Public Involvement Coach, a member of Independent Cancer Patients’ Voice, a lay facilitator for Building Research Partnerships workshops, and a lay reviewer for the National Institute for Research with a particular focus on cancer. He has also been a member of a cancer patient and carer panel for an NHS trust.

Claire was just 33 years old when she was diagnosed with both breast and cervical cancer in August 2017. Claire underwent 18 months of treatment for both cancers and returned to work in January 2019. Since then Claire has found a new passion in fundraising for cancer charities and now takes on a new challenge every year. Claire took up running during chemotherapy in 2018 and managed to complete the London Marathon less than 9 months later. Her challenge for 2020 is to climb Mount Kilimanjaro with her husband.

As a registered nurse and lecturer, Claire is also passionate about using her experience as a patient to raise awareness around cancers in younger adults. She is also interested in public and patient involvement in research and service redesign and is an NHS Citizen Leader. This is her first public patient involvement role – she is looking forward to seeing what can be achieved.

Danielle is a parent and carer. Her involvement began as one of the first lay members of the National Cancer Research Institute's Children's Cancer and Leukaemia Clinical Study Group. She is a founding member of both PORT (Paediatric Oncology Reference Team) and UNITE2CURE (a network calling for better treatment for children and young people with cancer).  She co-chairs the European Society for Paediatric Oncology ACCELERATE Long Term Follow Up Working Group and is part of the TRECA (Trials Engagement in Children and Adolescents) Study Advisory Group. She’s interested in a range of paediatric oncology trial matters, including patient information and ethics.

She has been a member of the Cancer Grand Challenges Advocacy Panel since its inception. She is keen to ensure children's cancer is high on the agenda so that more children survive their cancers, and with fewer long-term side effects.

Following an unexpected diagnosis of myeloma in 2014, Claire continued working. In June 2015, she was also diagnosed with HER2+ breast cancer. Following a year of breast cancer treatment, she returned to full-time work, but left in 2017. Claire now volunteers for public involvement activities to use the skills gained during employment to support vital initiatives like Cancer Grand Challenges.

Claire is sports mad and competes in half marathons. She ran every day during chemotherapy for breast cancer and loves helping people gain enjoyment from running.  She swims regularly and enjoys many other sports. Sport helps her to deal with the stress of living with myeloma.

Since becoming interested in volunteering Claire has taken on everal public involvement roles, including being part of the Cancer Grand Challenges Advocacy Panel and working with Genomics Partnership Wales, which delivers the Welsh Government’s Genomics for Precision Medicine strategy. She has also been involved in the CRUK-RCGP (Royal College of General Practitioners) partnership which aims to improve early diagnosis rates; the Royal College of Radiology’s working group responsible for developing professional guidance on the Duty of Candour and several research study steering groups for Cardiff University.

Terry has been on the Cancer Grand Challenges Advocacy Panel since its inception, having attended the formative Big Thinks in both London and Edinburgh when the initiative began. He is also a member of the Cancer Research UK Cancer Insights Panel for Research and Strategy. As a lung cancer patient with close connections to the Roy Castle Lung Cancer Foundation, he is the patient representative on the United Kingdom Lung Screening Trial (UKLS Trial). Terry loves the way that Cancer Grand Challenges motivates researchers to 'take cancer on' and challenge themselves, and reach out to try and break down the barriers to finding a cure for cancer.

Debby was diagnosed with colorectal cancer in 2014 and during her treatment took part in several research trials.  This sparked an ongoing interest in health research.

She sits as a public or lay member on several National Institute for Health Research (NIHR) panels and boards, and is also a member of the NICE Coloectal Cancer Guideline Committee.

She is a co-applicant on two cancer trials funded by Cancer Research UK and Macmillan, and also runs a Community of Interest Company (CIC) called Help-Diabetes, offering support for people with Type 2 Diabetes.

Her work with Cancer Research UK has included being a member of one a sounding boards, acting as an Involvement Coach, and many other involvement roles. She currently is working on the Data Intelligence Group. She feels that being part of the Cancer Grand Challenges Advocacy Panel is a highlight and an exciting opportunity to help shape significant and potentially game changing pieces of research.

Sarah became a carer for her son, Joseph, when he was diagnosed with a childhood cancer called neuroblastoma in 2012, until his death from the disease in 2017. After losing her son, she became inspired about improving outcomes and treatments for people facing cancer.

Sarah recognises that her experience as a carer enables her to bring a unique perspective to her role as a patient representative, and believes that we all need to work together to achieve the most effective results. She saw how research led to opportunities for Joseph's care and treatment and hopes to contribute to further research by sharing her insight.

Following the death of his wife from bowel cancer, aged just 52, Patrick was determined to do whatever he could to try to ensure that as few families as possible went through the devastating experience him, his wife and children went through.

Patrick began volunteering and fundraising for Cancer Research UK. Over the years he’s become involved in a range of patient and public involvement opportunities, including focus groups, advisory boards, working parties and research groups. He’s been a CRUK Cancer Campaigns Ambassador for 7 years and is currently a member of the CRUK Policy Insights Panel and the CRUK-RCGP (Royal College of General Practitioners) Steering Group. He is a member of the NHS Cancer Programme Patient and Public Voices Forum and a member of the Francis Crick Institute Patient Advisory Panel. He is particularly passionate about cancer prevention and early diagnosis. Patrick feels proud and privileged to be a member of the Cancer Grand Challenges Advocacy Panel, which gives him the opportunity to play a part in making a real difference and transforming lives.

Gita has been involved with various CRUK Patient and Public Involvement activities for a number of years. She has worked within the NHS throughout her career, leaving when her son was diagnosed with Ewing's sarcoma in 2012. Having gone through chemotherapy, proton therapy, stem cell transplant and participation in a clinical trial, sadly, they lost him in 2015.

Gita recognises that ongoing research allowed her son to access all the treatments. Gita provides a carer's perspective to the parental and bone cancer groups that she is involved with.

Now in his third decade as a patient advocate, Richard has had successful professional careers in teaching, journalism and local government. He was a carer for both his parents during terminal cancers, and has survived two cancers himself, and a heart emergency, with subsequent late effects and co-morbidities. He has participated in 13 research studies, including 4 interventional trials.

Richard chaired the NCRI Consumer Forum and now chairs the Stakeholder Forum for BBMRI-ERIC (European biobanking research infrastructure). He also sits on groups for National Institute of Health Research, NHS England, PHE-NCRAS (Public Health England-National Cancer Registration and Analysis Service), Genomics England and the Association of British Pharmaceutical Industry, and works with industry and patient groups in the UK, Europe and Canada. He is co-Editor-in-Chief of the Journal of Research Involvement and Engagement.

Richard has worked with Cancer Research UK since the charity was founded and is a Patient Advocate on Cancer Grand Challenges STORMing Cancer team.