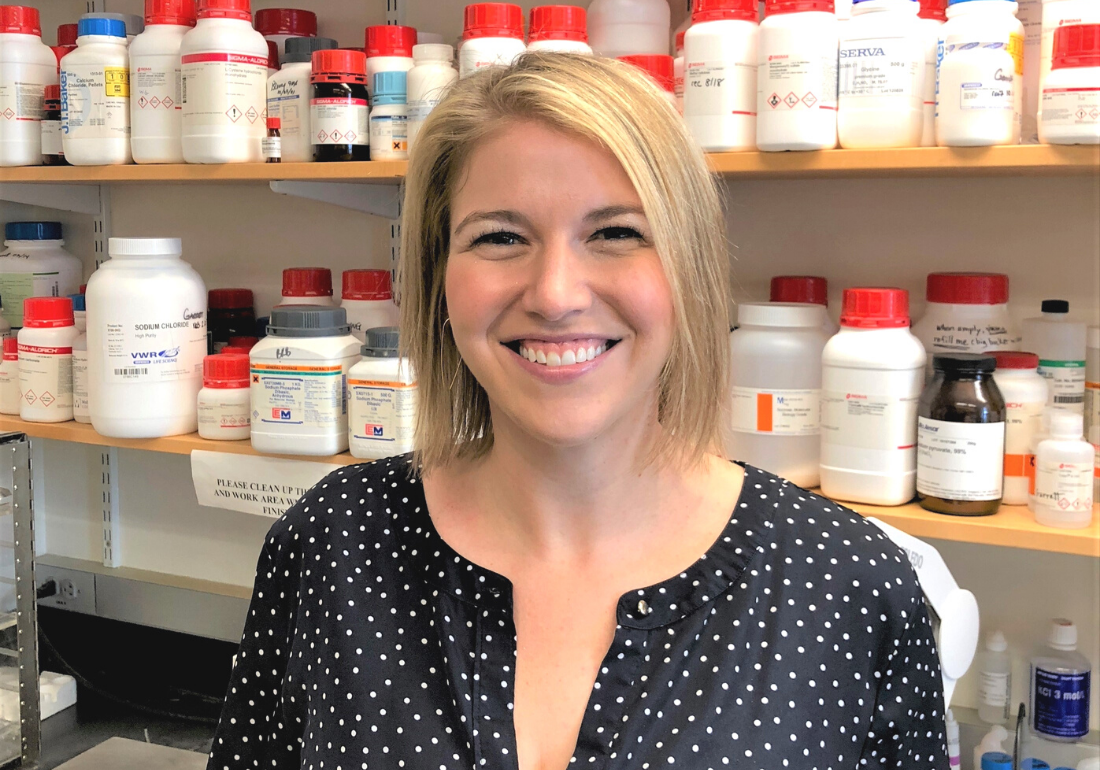 OPTIMISTICC’s Caitlin Brennan, postdoctoral fellow and microbiologist at Harvard TH Chan School of Public Health, discusses how the team’s findings contribute to our understanding of colorectal cancer and build on a contentious history of aspirin’s association with the disease.

We all know aspirin as a simple, cheap drug, commonly used as a painkiller and, by some of the population, for its benefit in cardiovascular diseases.

But it’s fair to say that aspirin’s relationship with cancer research is pretty complicated. Research suggests taking aspirin may reduce the risk of colorectal, gastric and oesophageal cancers in some people, and that it may help slow cancer’s spread or make it less likely to return after treatment. However, taking aspirin long-term isn’t without its risk – a history of epidemiology highlights an increased risk of stroke, ulcers and internal bleeding as side effects – and it’s not clear who in the general population would benefit from taking it as a chemopreventive.

What’s interesting about aspirin in the context of the OPTIMISTICC team is how it impacts bacterial growth – we’ve known for some time that gastric oncomicrobe Helicobacter pylori is sensitive to aspirin. Our findings reveal new antibacterial activity against Fusobacterium nucleatum, a suspected colorectal cancer oncomicrobe associated with poorer patient outcomes and an increased likelihood of developing resistance to treatment. This builds on aspirin’s complex association with cancer, adding the microbiome to the likely myriad ways the drug could protect against the disease – something we understand very little about, beyond its canonical anti-inflammatory activity.

So, how could we leverage this information to modulate the microbiome and, ultimately, improve outcomes for people with colorectal cancer? That’s the big, overarching goal of the OPTIMISTICC team.

Higher levels of F. nucleatum in colorectal cancer tissues lead to poorer outcomes, so anything we can do to combat this is really important. OPTIMISTICC’s co-principal investigator Matthew Meyerson and his group at Dana-Farber Cancer Institute showed using antibiotics to kill F. nucleatum in patient-derived xenografts slowed tumor growth. That’s a great starting point, but not something that could be used for everyone – we know too much about the negative effects of antibiotics on the microbiome.

Aspirin, on the other hand, in the right people, has great potential as a personalized preventative or treatment – especially as members of the population are already routinely taking it for its other benefits. In the ApcMin/+ mouse model, which is genetically susceptible to colorectal tumors, we show that feeding aspirin chow results in a lower level of F. nucleatum-induced cancers. And in people, those who self-report regularly taking aspirin have lower levels of F. nucleatum in pre-cancerous lesions. It’s correlative, but it suggests aspirin leads to lower levels of the bacterium in a way that could slow the development of colorectal cancer.

And what about before treatment – are there ways to intervene earlier to prevent cancer developing in the first place? Recent findings from another OPTIMISTICC co-investigator, Phil Quirke and his group at Leeds University, show that the presence of F. nucleatum and other bacteria in stool samples could predict whether a person has or is at risk of colorectal cancer. Could we use this information to identify high-risk individuals who may benefit from taking aspirin as chemoprevention?

Finally, our findings also shed light on aspirin’s chemopreventive mechanism. At sublethal doses for F. nucleatum, aspirin dramatically affects gene expression, including the adhesins FadA and Fap2, which are important in the bacterium’s biofilm formation in the mouth. This is a great starting point and could hint at how the bacterium is driving cancer in the gut.

Working together to go further, faster

What these findings provide is a new layer to the complex association between aspirin and cancer, highlighting the need to consider the microbiome when identifying those who could benefit from taking the drug for its chemopreventive properties.

It’s worth noting that the cancer microbiome field is still fairly new, so findings like these have only become possible very recently. For instance, it was only last week (April 15, 2021) that the first international symposium on Fusobacteria was held, discussing its association with different types of cancer and how we could exploit our knowledge to improve outcomes.

Cancer Grand Challenges has been pivotal in bringing a lot of the right people together, to work across disciplinary and geographical boundaries. Over the past few years, the cancer microbiome field has become more united – we work together much more effectively, and approaching scientific questions from different angles lets us get so much further, so much quicker. It’s only working together like this that the OPTIMISTICC team will really tackle its Cancer Grand Challenge and work out how to leverage our understanding of the microbiome to shape how we prevent, diagnose and treat colorectal cancer.

As told to Emily Farthing.

Stay up-to-date with our latest news by following us on Twitter and LinkedIn.

Find out more about the OPTIMISTICC team. Read the paper in mBio.