The power of discovery: 7 teams leading the way 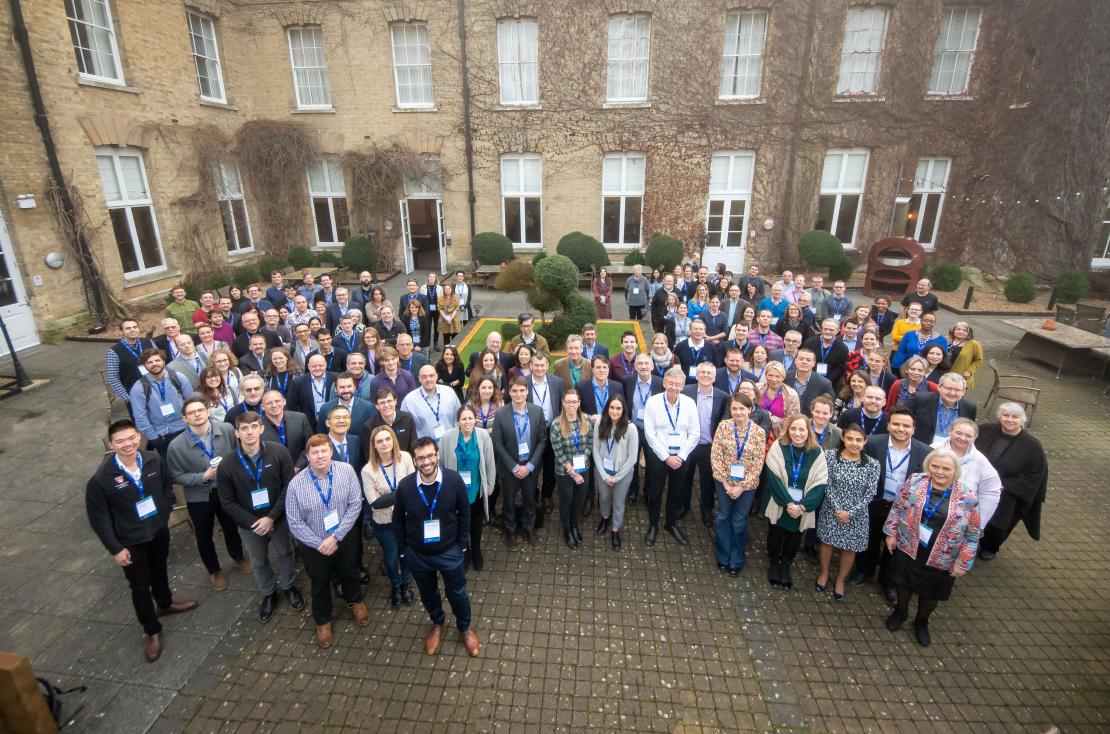 With our first Cancer Grand Challenges blog, we reflect on the progress of the 7 teams tackling some of cancer’s toughest challenges.

It started in 2015, with 7 audacious challenges.

Since then, we’ve supported 7 multidisciplinary teams, uniting more than 600 researchers across 9 countries. By coming together and thinking differently, each team is making impressive strides forwards against some of the toughest challenges in cancer research.

The past 6 months have also brought significant milestones for our Cancer Grand Challenges initiative. Our partnership between Cancer Research UK and the US National Cancer Institute launched in August, propelling the initiative to a new level and enabling us to significantly scale our ambition with the number of teams we can fund – up to 4 with each round of challenges. And in October, we dared the research community to consider a new set of challenges, each with the potential to drive radical progress against cancer.

Now, as we launch our new blog – more on that later – we reflect on the discoveries of our Cancer Grand Challenges community so far.

A community of innovators

Many of the Cancer Grand Challenges teams are pioneering technologies to answer intractable biological questions – including the STORMing Cancer team, bringing a new approach to the confounding relationship between chronic inflammation and cancer. Using tissue culture tools like microfluidic organ chip technology, the team has developed the first in vitro model of Barrett’s oesophagus and a model of colorectal cancer that accurately recapitulates the mucus layer of the bowel. Models like these are contributing to the team’s collection of new platforms and pipelines, bringing new thinking to how cellular and stromal architecture contributes to the progression of inflammatory conditions to malignancy.

Exploring a similarly long-standing problem is the SPECIFICANCER team, answering the riddle of tissue specificity and why oncogenic mutations only cause cancer in certain parts of the body. For example, the team has started to unravel the complex web of signalling networks that drives the tissue specificity of KRAS – the most frequently mutated oncogene – identifying distinct, context-dependent signalling properties for different mutational variants. The team has also developed the first version of a database that incorporates vast amounts of tissue-specific genomics and proteomics data, which will later be made publicly available and web-searchable.

The Rosetta team has achieved a major goal: the establishment of a new multimodal imaging pipeline to visualise changes in cellular metabolism in the context of the wider tumour environment. By combining a range of mass spectrometry imaging techniques – such as matrix-assisted laser desorption/ionisation (MALDI), desorption electrospray ionisation (DESI) and rapid evaporative ionisation (REIMS) – their approach captures a wealth of useful information for drug development, including how a drug penetrates a tumour. It also has potential for patient stratification and, for example, in mouse models can indirectly detect the common breast cancer mutation PIK3CA via changes to cellular metabolism.

Harnessing the power of discovery

The Mutographs team has shed new light on mutagenesis from tobacco smoke in the lung. When analysing biopsies of former smokers’ lungs, a sizeable group of epithelial cells were found to be protected from smoke exposure and the corresponding mutational signature, SBS4. These cells appear to help heal the lung and potentially play a role in protection from carcinogenesis. Meanwhile, another arm of the team has helped to demonstrate that many cancer-causing agents act without increasing the mutational burden – suggesting these carcinogens can act through mechanisms other than direct DNA damage.

With their virtual reality technology, the IMAXT team could vastly improve the way patients are diagnosed and matched to treatment. Their analysis integrates a range of techniques – including large-scale 3D imaging via serial two-photon tomography and molecular annotation via imaging mass cytometry – and reveals much more information than could be pieced together from a standard 2D histological analysis of a biopsy. Having studied more than 480 tumour samples, the team has revealed the influence the genome has on the breast cancer microenvironment, shaping both its structure and composition – identifying features that could provide biomarkers for stratification or targets for the development of novel treatments.

Solving a Cancer Grand Challenge could have global impact for people with cancer, and a great example is that being tackled by the PRECISION team. Not all people with ductal carcinoma in situ (DCIS) will develop invasive breast cancer and, by identifying those who will or won’t, the team's work has the potential to spare many thousands of people unnecessary treatment and anxiety. So far, using imaging techniques, the team has identified variations between different grades of DCIS by comparing their calcifications – deposits of calcium detected as white specks on a mammogram – potentially providing a useful biomarker in the future.

Finally, the OPTIMISTICC team is exploring the complex relationship between the microbiome and colorectal cancer, a disease affecting 1.8 million people worldwide every year. A major finding so far has been how FFAR2, a receptor that detects microbially produced fatty acids, influences this relationship in mice. Loss of FFAR2 promotes tumour development by reducing the integrity of the gut epithelial barrier, increasing bacterial load and promoting the exhaustion and overactivation of CD8+ T cells and dendritic cells, respectively – suggesting a FFAR2 agonist could be a novel treatment avenue to explore for colorectal cancer.

With our latest funding round, we’re looking for truly exceptional teams to follow the trail blazed by our current community – to think differently, act creatively and explore novel approaches in their quest to make a difference.

Keep up to date with the teams, the initiative and opportunities to get involved by following our blog. Our first series kicks off later this week, featuring our scientific committee and their thoughts on the latest round of Cancer Grand Challenges.