Survival of the fittest: revealing the early stages of APC-driven colorectal cancer 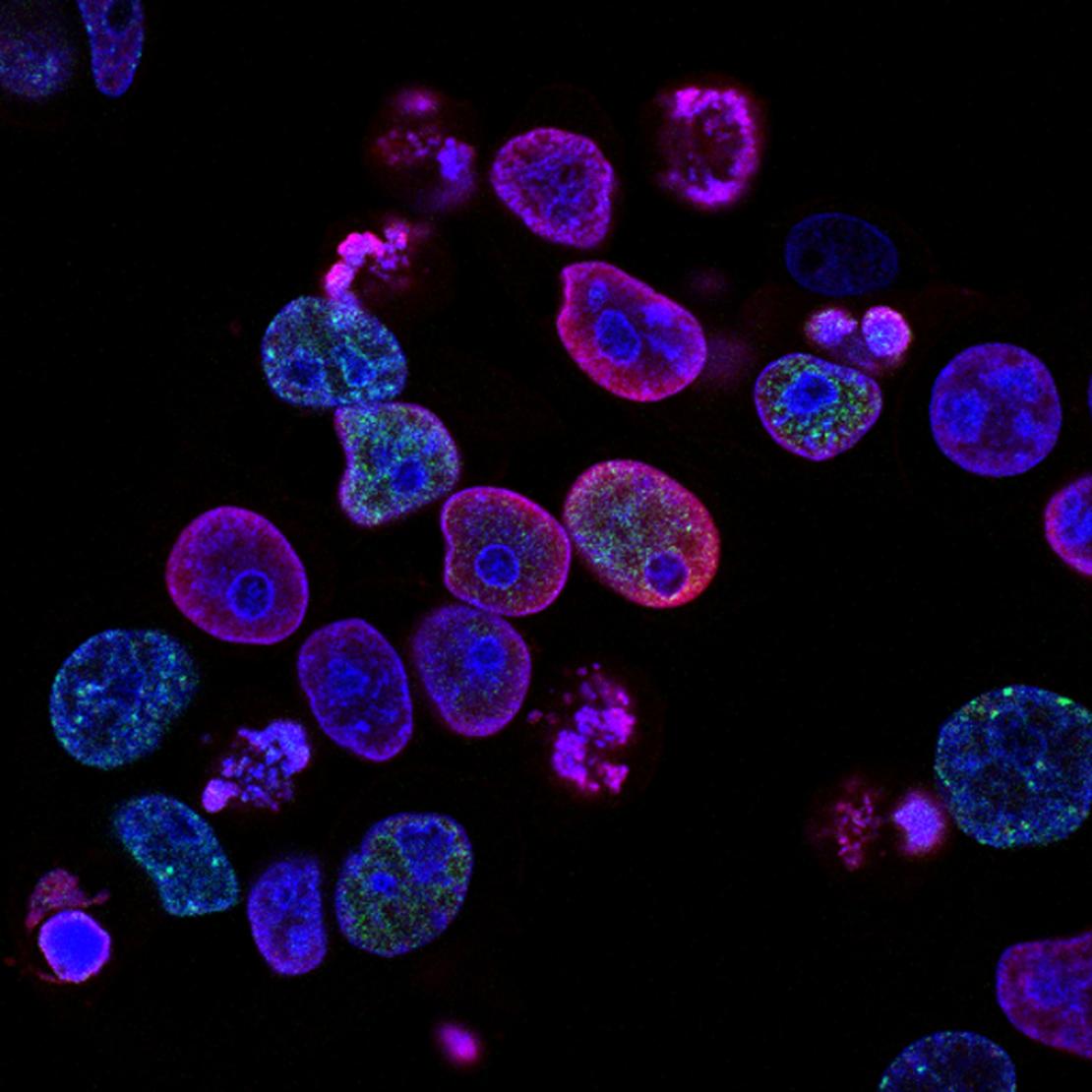 APC is one of the most commonly mutated genes in colorectal tumours – but why is it so frequently mutated in this type of cancer compared to others?

The answer lies in the way APC-mutant cells compete with their neighbouring normal cells, according to new findings from the SPECIFICANCER team. The team also identifies the molecule Notum as a key player in the early stages of colorectal cancer, information which could lead to new ways to prevent tumour development in high-risk individuals.

“We’ve known for a few years that APC loss gives cells a competitive advantage over their neighbours, making them very good at forming cancer in the gut,” explains Owen Sansom, co-investigator of the Cancer Grand Challenges SPECIFICANCER team and director of the Cancer Research UK Beatson Institute, Glasgow. “With this study, we’ve used model systems to uncover what causes Apc-mutant cells to become supercompetitors and drive the very early stages of colorectal cancer.”

First, losing APC hyperactivates the Wnt signalling pathway in these cells, increasing cell proliferation. Second, this leads to the secretion of Notum, a carboxylesterase that inhibits Wnt signalling in neighbouring stem cells, forcing them to differentiate or stop growing. The result is the elimination of normal cells from the intestinal crypt while mutant cells prosper. This two-pronged approach is “a real quirk of Apc-deficient colorectal cancer cells,” Owen describes.

Pinpointing Notum’s involvement in these early stages of colorectal cancer could be the key to preventing the disease in high-risk individuals, such as those with Familial Adenomatous Polyposis (FAP) who inherit a defective copy of APC. Rather than destroying the APC-mutant cells, “our strategy has been to bolster the fitness of the surrounding normal cells by inhibiting Notum,” explains Dustin Flanagan, postdoctoral fellow and lead author on the study, also based at the Beatson. “By taking away the suppressive effect Apc-mutant cells have on their neighbours, it becomes a fairer fight, slowing or even preventing tumour growth.”

This part of the study is the result of a fruitful cross-disease collaboration with colleagues at the Alzheimer’s Research UK Drug Discovery Institute at University College London. Notum plays a similar Wnt-inhibitory role in the brain, where a decline of Wnt signalling is thought to be a major mediator of synaptic loss, leading to Alzheimer’s disease. The Notum inhibitor used in this study is currently being explored for its potential in preventing neurodegeneration.

“Often in scientific collaboration you approach similar challenges from different angles,” Owen describes. “This has been a great example of people working together across disciplines to really drive our basic understanding of how disease develops.”

The SPECIFICANCER team’s findings feed into their wider goal – to better understand why certain mutations drive cancer in specific tissues and not others, so as to develop novel preventative and treatment approaches.

Read the paper in Nature. Find out more about the SPECIFICANCER team.