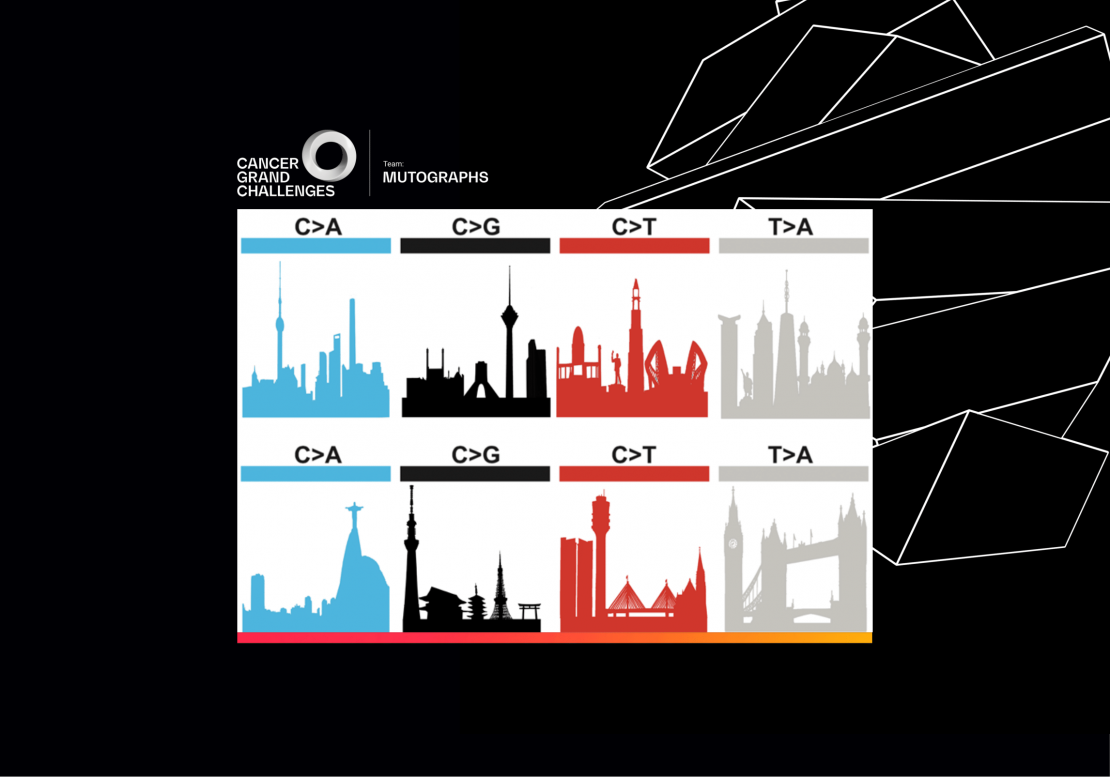 The Cancer Grand Challenges Mutographs team has added an unexpected piece to the complex puzzle surrounding the development of oesophageal squamous cell carcinoma (ESCC): no mutational signature exists to explain the profound difference in incidence rates across the world.

The findings, published in Nature Genetics, unearth many new avenues for exploration. Here, Mutographs postdoctoral researcher Sarah Moody discusses the surprising findings and where they could take the team next.

Oesophageal cancer affected about 6.3 people per 100,000 worldwide in 2020 and was the 11th most common cancer type that year (source: IARC Globocan). Of these cases, most were a type called oesophageal squamous cell carcinoma (ESCC), which affects many people in areas of Iran, China and East African countries such as Kenya, Tanzania and Malawi. It is not nearly as common in other parts of the world such as Brazil, Japan and the UK.

The reason why the numbers of people affected varies so much between all these places is a bit of a mystery, but it has been speculated that there could be a particular lifestyle or environmental factor that is linked to the increased number of cases.

To investigate this, we recruited patients from each of the eight countries mentioned above, who provided us with samples of their tumour and answered a detailed questionnaire about the risk factors for ESCC, including tobacco, alcohol and drinking extremely hot beverages, among others.

In the tumour DNA, we looked for differences in the pattern of mutations, known as mutational signatures. While we don’t yet know the cause of all the known mutational signatures, we do know that some are caused by lifestyle and environment factors such as smoking and exposure to UV light from the sun (read more here). It is also likely that there are yet undiscovered mutational signatures and investigating them is a core aim of the Mutographs programme.

When we embarked on this study, we were looking for a mutational signature which was only present or increased in areas where ESCC is common. If we could link such a signature to a particular cancer risk factor, we could not only explain the difference in the number of cases across the world, but also potentially identify ways to prevent it.

But what we found was that the mutational signatures present in ESCC samples were extremely similar, regardless of where in the world the cancer occurred.

This result took us by surprise, given the differences in lifestyles and environments of the patients involved in the study. However, these results do tie in with those coming from other teams in the Mutographs Cancer Grand Challenges programme. Our colleagues Allan Balmain and David Adams and their teams have shown that in mice, some compounds known to cause cancer in people do not generate a mutational signature. This means that these compounds do not act by causing mutations in DNA – they must, instead, act in some other way that leads to cancer.

Understanding how these compounds lead to cancer is a vital question, and researchers across Mutographs are planning to explore this further.

APOBEC – an avenue for further exploration?

Although we did not find a mutational signature that could explain why ESCC is more common in certain places, we still made some interesting findings about the cancer itself.

Most importantly, we found evidence of two particular mutational signatures in around 90% of ESCC cases, which is a far higher number than most other cancer types.

These two signatures are called SBS2 and SBS13 in the reference set of mutational signatures housed in COSMIC (read more about COSMIC in my colleague Ellie’s blog) and are associated with the activity of the APOBEC family of proteins.

APOBEC proteins normally act to protect against viral infections, and some of them do this by causing mutations in the virus genome. Previous research has shown that APOBEC can also cause mutations in some human cancers, but we don’t yet understand the reason why this happens.

The presence of SBS2 and SBS13 in almost all cases of ESCC suggests that these signatures are very important in the development of this particular form of cancer. Despite this, we found no link between any known ESCC risk factor and the number of mutations caused by APOBEC.

So, many questions remain: Why is the APOBEC signature so common in ESCC? What causes APOBEC to start targeting human DNA? Could this process be prevented?

Many questions remain, and we leave behind some important clues

As is often the case in science, we set off asking one question but ended up with many new ones.

The reasons behind the unusual distribution of oesophageal cancer cases remain, for now, a mystery.

We leave behind some important clues, and the largest set of whole genome sequencing data for ESCC currently available. This dataset is available to all scientists, and it is our hope that our findings will go on to inform further research, which will hopefully answer some of these questions.

Sarah and the team’s discovery is the culmination of a huge global effort, involving the coordination and contribution of investigators from 10 countries and representing the first time that experts in mutational signatures and cancer epidemiology have collaborated at such scale. Learn more about Mutographs.

Read the original article and the News and Views article in Nature Genetics.