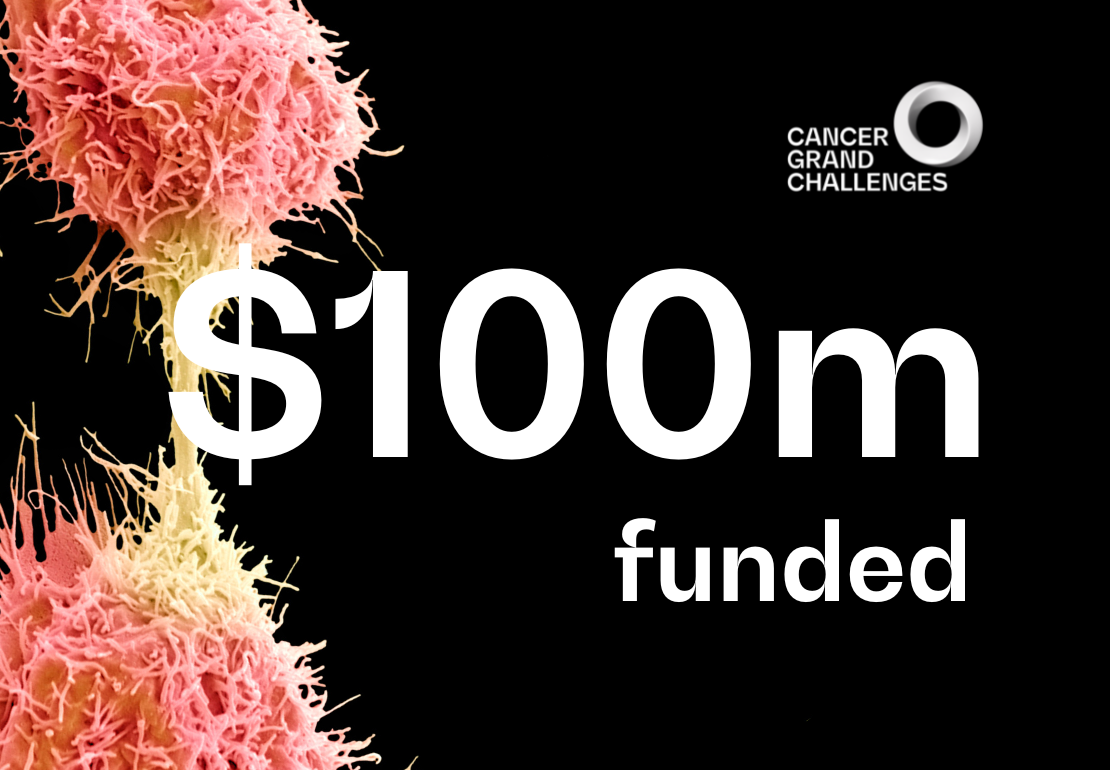 Today we announce the four new teams selected to each receive $25m Cancer Grand Challenges funding to take on some of the toughest challenges in cancer research.

Representing a total investment of $100m, these are the first teams to be funded through the partnership between Cancer Research UK and the National Cancer Institute in the US. We’re delighted to welcome the teams to the Cancer Grand Challenges community, which now unites more than 700 researchers and advocates to take on 10 challenges, across 11 teams and 10 countries.

“The hallmark of a Cancer Grand Challenge is an obstacle that’s just out of our grasp. Some push the frontiers of our knowledge, while others seek to break down barriers that have slowed progress for decades. All hold the potential to drive forward advances at a scale that could transform outcomes for people with cancer,” says Professor Sir David Lane, chair of the Cancer Grand Challenges scientific committee. “We're delighted to be working with a global network of partners who share our aspirations to drive change, supporting 4 new teams to take on 4 of the most important challenges in cancer research.”

Find out more about our partners and donors here.