Do clues to breast cancer progression lie in specks seen on mammograms? 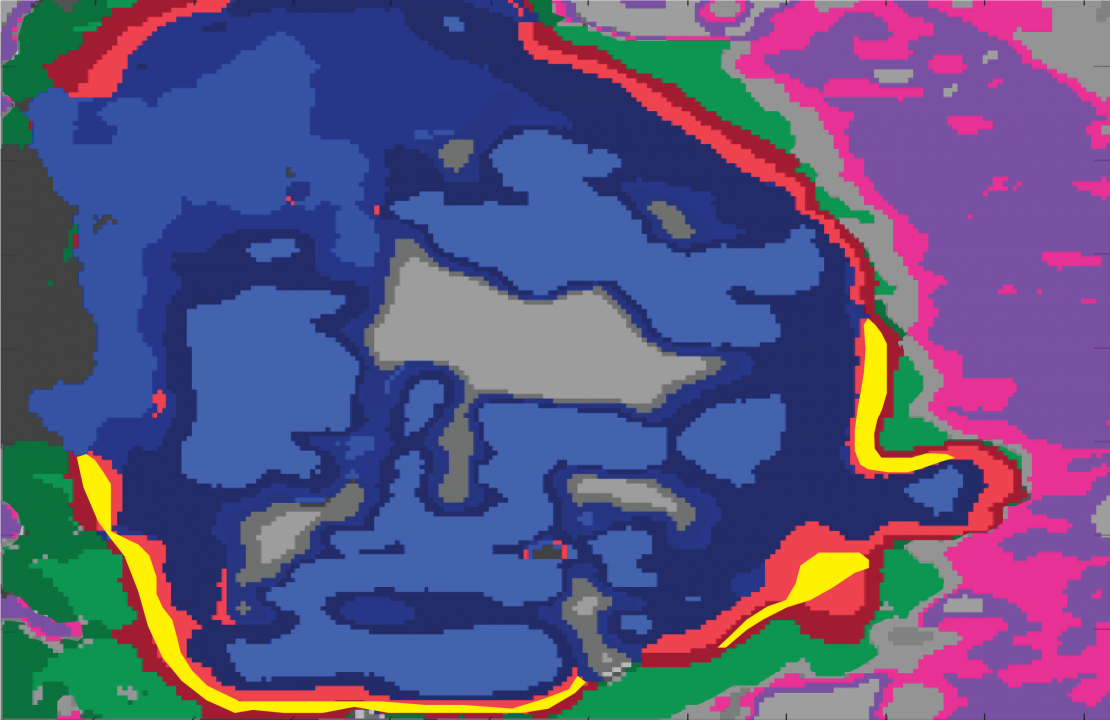 Microcalcifications – the white specks often seen on mammograms – are used in breast cancer diagnosis, yet their role in the development of the disease is poorly understood. A recent study using a novel combination of techniques has now revealed the chemical architecture of microcalcifications in concert with surrounding soft tissue, providing clues as to how they may influence the progression from harmless non-invasive breast lesions to invasive disease.

Here, Sarah Gosling (Cranfield University, UK), and Doriana Calabrese and Jayakrupakar Nallala (University of Exeter, UK) – co-lead authors of the study and members of the team taking on our Lethal Versus Non-Lethal challenge – explain the impact of their findings.

Even though approximately 5 out of 6 low-risk ductal carcinoma in situ (DCIS) breast lesions are expected to never progress to invasive breast cancer, almost all women diagnosed with DCIS undergo aggressive treatment, which may have little benefit. These people still endure the financial, physical and emotional burdens of surgery, radiation and drug therapies. Distinguishing between people with low-risk DCIS who will require treatment immediately from those who could safely consider an active-monitoring approach is the central premise of our Cancer Grand Challenges team, PRECISION, in taking on the Lethal Versus Non-Lethal challenge.

Over the past five years, our team has discovered novel clinical, epidemiological and molecular biomarkers that may allow people diagnosed with DCIS and their clinicians to collaboratively assess the risk of DCIS progression to invasive breast cancer. These biomarkers hold great potential to transform clinical practice in the near future.

One exciting avenue of exploration for these biomarkers involves breast microcalcifications – calcium deposits within breast tissue – whose presence is often associated with DCIS. In our recent study published in Analyst, we showed that the physicochemical properties of breast calcifications may hold clues as to whether or not a person's DCIS will become invasive. By combining complementary spectroscopic and crystallographic techniques, we were able to capture the fine details of a subset of calcifications found in DCIS tissue, at the micrometre scale. This is the first time these approaches have been integrated, providing a robust method for understanding the chemical distribution and heterogeneity of mineral deposits within breast tissue.

With this information, we have been able to form a comprehensive picture of how these microcalcifications may influence the progression of DCIS, focusing on two key factors: the distribution of calcium phosphate minerals across the calcifications, and the association of these minerals with proteins in and around the calcifications.

By combining multiple analytic techniques – X-ray diffraction, scanning electron microscopy, and Raman and Fourier-transform infrared spectroscopy – we were able to capture unique additional information about these minerals, including their different crystallographic and chemical properties, and their importance in breast cancer progression.

For example, the spatial distribution of the different mineral phases of calcium phosphate in DCIS had not previously been investigated. In our study, we found a general distribution pattern of these phases across the DCIS calcification, suggesting the mineralisation process advances inwards – beginning with OCP at the calcification edge and progressing to crystalline, low-carbon content HAP as the dominant mineral in the core.  This finding prompts questions regarding the role of calcium phosphate precursors that form during this process.

Interestingly, when vibrational spectroscopy is used to study the interaction of minerals and proteins across the microcalcification and into the surrounding tissue, we saw a similar differential pattern of distribution. This was important to explore, because the expression of collagen and proteins linked to bone formation has been shown to influence the size and shape of breast calcifications, promote or inhibit the nucleation and growth of minerals, and potentially influence DCIS progression. Lower amounts of protein within the calcification core support our hypothesis of more mature mineralization in this region, whereas at the edges we saw higher levels of interaction between OCP and collagen, with the collagen’s structure becoming dysregulated further into the connective tissue surrounding the calcification. Our findings highlight numerous changes in the density, stiffness and mechanical properties of the matrix surrounding microcalcifications, which may potentially contribute to the development and progression of cancer.

Collectively, our findings pinpoint novel features within DCIS breast calcifications, such as the gradient of mineralisation and collagen formation, which may be indicative of the DCIS state and overall risk of progression to invasive breast cancer. These features will be further examined in cases of DCIS that progressed to invasive cancer compared with DCIS that remained relatively harmless.

Our study, the first to look at DCIS calcifications in detail, will guide future studies in identifying biomarkers for DCIS progression, initially informing how calcifications are measured with our combination of crystallography and spectroscopy techniques. Additionally, our findings provide novel information that may explain how microcalcifications form and how this formation is influenced by the surrounding tissue environment.

At the bigger-picture level, the Cancer Grand Challenges PRECISION team is also closely involved in three clinical trials investigating whether active monitoring might be a safe option for women diagnosed with low-risk DCIS, as an alternative to the current standard of care involving surgery with or without radiation. The trials are called COMET (recruiting patients from the US), LORD (recruiting from the Netherlands and other European countries) and LORIS (previously recruiting from the UK). The results of these clinical studies may enable patients, in collaboration with their clinicians, to predict the overall likelihood (i.e., absolute risk) of DCIS progression to invasive breast cancer for different treatment regimens.

“This assessment of absolute risk will prove very helpful to women when making decisions about their treatment, but it will not be able to answer questions about a specific woman’s individual risk,” says Thomas Lynch, COMET project manager at Duke University, US. “Through our Cancer Grand Challenges programme, we want to reach a point where we can help women diagnosed with low-risk DCIS to answer the critical question: ‘Yes, but will I be one of those women whose DCIS does progress to invasive breast cancer?’”

The power of our team’s collaborative approach lies in our new ability to probe the full breadth of DCIS features, from chemical architecture, as described in our published article, to biological aspects of the DCIS microenvironment. We anticipate that the findings from this study and subsequent publications from across our team will give us a clearer picture of how all features of DCIS influence the progression to invasive breast disease. Ultimately, we hope that this information will help women diagnosed with low-risk DCIS better understand both their absolute and individual risk in relation to invasive breast cancer, enabling them to make better-informed decisions about their treatment and care in the future.

Sarah and Doriana are PhD candidates, and Jayakrupakar is a postdoctoral fellow. The study was led by Nicholas Stone (University of Exeter), Keith Rogers (Cranfield University) and Shelley Hwang (Duke University). With thanks to Donna Pinto, Proteeti Bhattacharjee and Thomas Lynch for their contributions.