Escape from the immune system 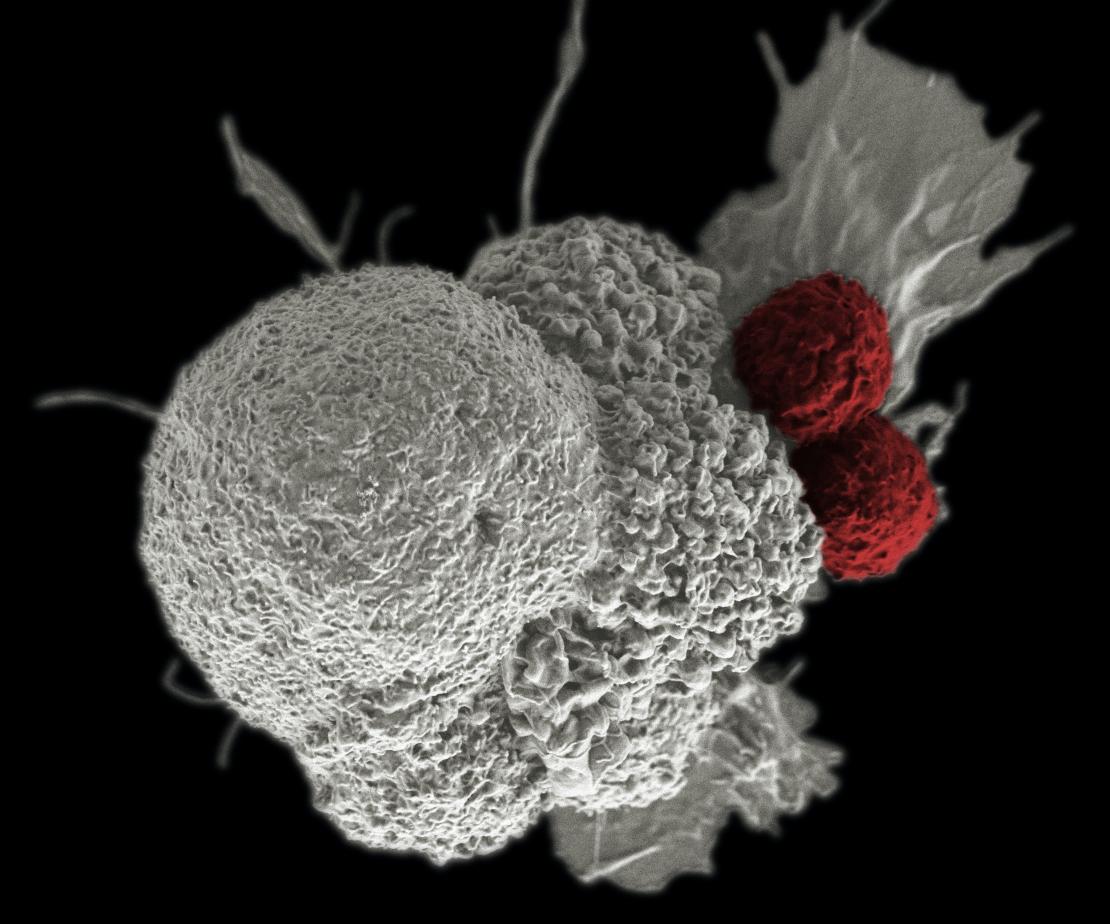 Cancers in different parts of the body use unique strategies to avoid attack by the immune system, according to a new study from the Cancer Grand Challenges SPECIFICANCER team and collaborators. The findings also identify a role for tumour suppressor genes in immune evasion, providing a new way to think about the role of tissue specificity in cancer.

Why do cancer drivers only trigger cancer in specific tissue types, despite being broadly expressed throughout the body?

Taking on this challenge of cancer tissue specificity is the SPECIFICANCER team, guided by the philosophy that a tissue’s pre-existing characteristics dictate whether a mutated gene can drive cancer development.

New findings from the team add a new layer for consideration: the immune system. Published in Science, the study indicates that cancers in different tissue types develop unique genetic mechanisms to avoid discovery and destruction by the immune system.

The findings could explain why some cancer types respond to current immunotherapies while others don’t, laying the foundation for researchers to develop new, tissue-specific cancer immunotherapies that disable a broader range of immune evasion pathways.

“In order to really understand how to treat cancers, you need to understand how they’re escaping the immune system,” says Steve Elledge, SPECIFICANCER team lead, based at Harvard Medical School and Brigham and Women’s Hospital.

“Right now, we think there’s a mismatch between the tools we have to encourage the immune system to attack, and the different mechanisms cancers use to evade those attacks,” he adds.

Early in tumour development, the immune system often treats cancer cells like pathogens, unleashing a response to eliminate them. But throughout tumour evolution, the cancer cells develop new ways to overcome this attack, including masquerading as healthy cells, dampening the immune response or shutting immune cells out from the tumour microenvironment (we recently wrote about this strategy here).

Using the gene-editing tool CRISPR, the team systematically eliminated about 7,500 individual genes in a line of mouse cancer cells. Mutated cells were placed back into mice with either faulty (severe combined immunodeficient mice; SCID) or intact immune systems, to identify genes that prevent tumour cells from skirting immune system attacks.

"Our search left us with a huge list of genes that, when mutated, play a role in helping cancer cells hide from the immune system,” says Tim Martin, lead author of the study and SPECIFICANCER postdoctoral research at Brigham and Women’s Hospital.

“The surprising thing was that a huge number of the genes on the list were tumour suppressors.” he adds. These genes code for the proteins that normally restrict tumour growth – but, when faulty, allow tumours to escape the constraints of their local controlled environments.

“As our study went on, it began to look like there were many more options than we thought for cancer cells to escape the immune system,” Tim adds.

Most immunotherapies, which take aim at specific immune evasion strategies or boost the power of the immune system, have been effective only against some forms of cancer – and, even then, only in a small proportion of patients.

“We suspect the pathways targeted by existing drugs represent only a fraction of the strategies cancer cells use to evade the immune system,” says Steve. “But although the genes we’ve identified have little overlap between tissue types, we think they employ a finite number of strategies.”

“By learning these strategies, we could develop whole new therapeutic approaches to prevent cancer cells from circumventing immune attack,” he adds.

The team’s work will enable others to study these genes one at a time and discover what they change about a tumour that allows it to escape.

“Actually, initially we had hoped to find genes that when deleted would make the immune system more successful at eliminating the tumour cells. Instead we ended up finding just the opposite,” laughs Steve. “But there was a gem hiding in what we initially thought was a failed experiment, giving us a whole new avenue to explore. That’s where a lot of good science can happen.

“We thought our investigations might reveal one or two genes for further exploration,” he says. “Instead, we’ve unearthed a new principle and a new way to think about cancer and tissue specificity, which could ultimately lead to more effective cancer treatments.”

Read the paper in Science.

Adapted from a Harvard Medical School release by Christy Brownlee.