The rules (not the exceptions) of cancer tissue specificity 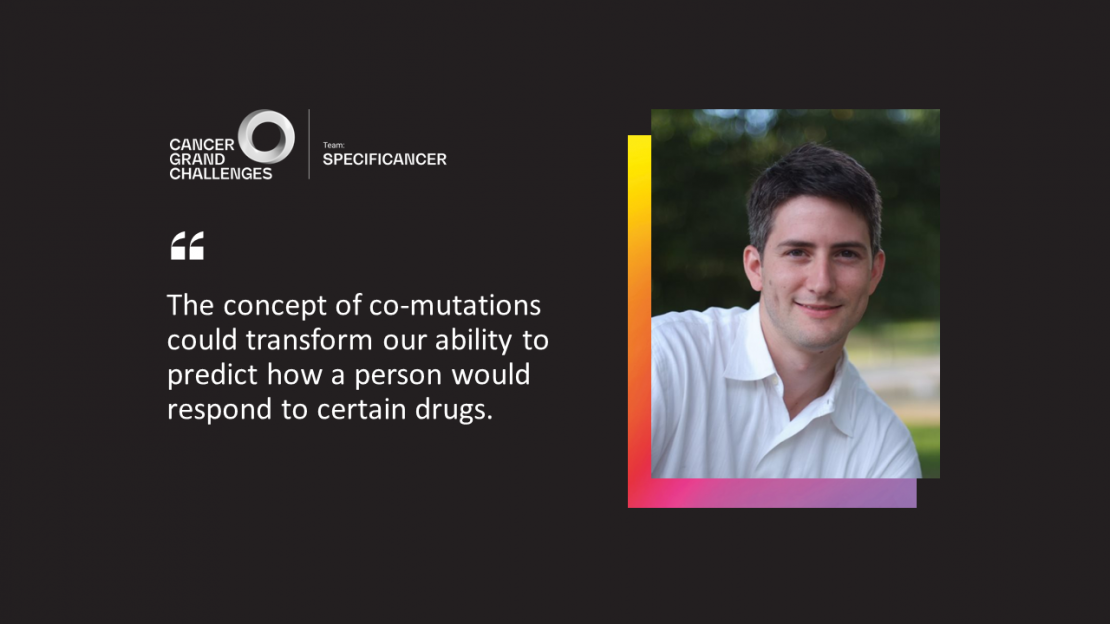 The SPECIFICANCER team delves deeper into the biological laws that govern tissue specificity in cancer and reveals intricate webs of genetic interactions.

A cornucopia of cancer genetics data in recent years has helped identify the genes and mutations that propel malignancy. But many of these drivers, despite being broadly expressed throughout the body, often trigger cancer only in specific tissue types. The mechanisms underlying this tissue specificity in cancer remain mostly elusive.

The Cancer Grand Challenges SPECIFICANCER team aims to clarify the complex mechanisms of tissue specificity, guided by an overarching philosophy that the tissue’s pre-existing characteristics – including its epigenetics, microenvironment and cell-cell interactions – dictate whether a mutated gene can drive tumorigenesis. If true, cancer drivers would be able to exert their effects only if these characteristics permit.

Central to the team’s aims is the development of the first functional atlas of tissue specificity, a comprehensive map of the cellular networks that allow drivers to initiate cancers in certain tissues but not others. By unlocking the molecular mechanisms underpinning tissue specificity in tumours, the team would provide a foundation for rational interventions and therapeutic choices made by physicians and people with cancer throughout the patient journey.

In a study recently published in Nature Communications, SPECIFICANCER unlocks new information about the tissue specificity of KRAS – which, despite being one of the most commonly mutated cancer-driving genes (oncogenes), drives only a few cancer types: lung, colorectal, pancreatic and endometrial cancers, and myelomas. KRAS is located at a critical signalling junction and, when its gene is mutated at one of four hotspots (codons G12, G13, Q61 and A146), it hyperactivates many downstream pathways, leading to changes in cellular behaviour.

Intriguingly, the activating alleles (copies of the genes carrying mutations at these hotspots that drive tumorigenic KRAS) vary significantly among these tissues. For example, the KRAS-G12R allele is almost exclusively found in pancreatic cancer, whereas the KRAS-A146T allele is rarely found in pancreatic cancer, but is fairly common in colorectal cancer and myeloma. Distinct alleles are also associated with varied responses to treatment and clinical outcomes in patients.

“How can we explain these epidemiological observations?” asks Kevin Haigis, SPECIFICANCER co-investigator at Dana-Farber Cancer Institute, who co-led the study along with SPECIFICANCER colleague Peter Park of Harvard Medical School. “Our first hypothesis was that different alleles are found in different tissues, simply due to location-specific mutational processes.” For example, damage from reactive oxygen species is linked to the SBS18 signature in the colon and pancreas, which is strongly associated with the KRAS-G12C allele.

However, in bioinformatics explorations, the team found that this association did not hold true for most KRAS alleles. “This told us two things,” explains Kevin. “Yes, mutational processes can contribute to tissue-specific alleles – but in most cases, there’s something else in the tissue that is acting as a biological driver.”

Each KRAS mutant allele, including those at the same hotspot, has slightly different biochemical, structural and signalling properties. Reasoning that these properties should cause each allele to behave differently, the team hypothesised that each must also interact with a distinct tissue-specific genetic network to drive cancer.

Analysing nearly 13,500 samples, across lung, colorectal and pancreatic cancers as well as myelomas, the team built a large map of genes with co-mutations, which help drive cancer when they are mutated alongside certain KRAS alleles but not others.

“Cancer is a cooperative process,” Kevin notes. “Each KRAS mutant has a slightly different function and acts within a distinct genetic environment, so it needs a different collection of mutational partners to drive tumour development.”

Intricate webs: the rule, not the exception

“The concept of co-mutations not only extends our basic understanding of cancer genetics and tissue specificity – it could also transform our ability to predict how a person would respond to certain drugs,” Kevin explains.

For example, BRAF is another oncogene with distinct patterns of tissue specificity. Although BRAF-driven melanoma often responds well to the drug vemurafenib, no response is usually seen in people with BRAF­-driven colorectal cancer. Kevin and the team reason that this differential response is due to BRAF’s tissue-specific co-mutation networks. Could a deeper understanding of the networks at play help guide treatment decisions for all oncogene-driven cancers? Similarly, could this information be harnessed to stratify patients into subgroups with cancer driven by different alleles and co-mutation networks, to design more effective clinical trials?

By beginning to pick apart these intricate tissue-specific webs, the SPECIFICANCER team reinforces their overarching hypothesis and moves a step closer to solving their Cancer Grand Challenge. “We’re not just trying to understand how oncogenes drive cancer, we’re trying to understand the context in which they function,” says Kevin. “This contextual complexity is one of the major deficiencies in our understanding of cancer biology, and it’ll be the key to effectively treating people with KRAS-driven and other types of cancers.”