Spotlight: our work in pancreatic cancer 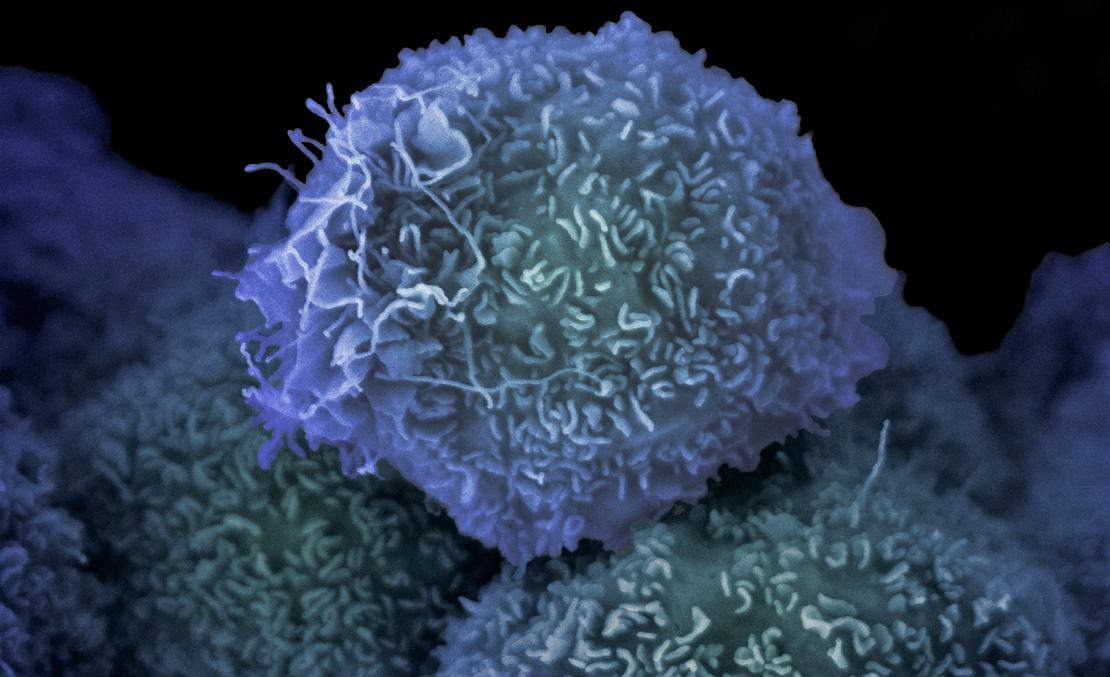 Survival for pancreatic cancer remains intractably low, with just 9% of people surviving for 5 years beyond diagnosis. For World Pancreatic Cancer Day 2021, we’re shining a light on much-needed research into the disease, with a collection of stories from our research community.

Mutant KRAS is a pressing clinical problem that is found in as many as 95% of pancreatic cancers and is often associated with poorer patient outcomes. Crucially, no clinically relevant targets have emerged to date.

The Rosetta team has identified the antiporter SLC7A5 as a target of interest for KRAS-driven pancreatic and colorectal cancers.

The mutations responsible for driving tumorigenic KRAS vary significantly between tissues. The SPECIFICANCER team has begun to unravel the mechanisms behind this phenomenon, highlighting the importance of co-mutation networks, which differ throughout the body.

“This contextual complexity is one of the major deficiencies in our understanding of cancer biology,” explains co-investigator Professor Kevin Haigis. “It’ll be the key to effectively treating people with KRAS-driven pancreatic cancer and other types of cancers.”

Researchers at MD Anderson recently clarified the long-established connection between inflammation and pancreatic cancer development: pancreatic cells undergo adaptive changes in response to repeated inflammatory episodes, which initially protect against tissue damage – but in the presence of mutant KRAS, these changes can promote tumour formation.

The STORMing Cancer team is exploring chronic inflammation in cancer development, focusing on the role of the inflamed microenvironment.

Read about some of their recent developments.

In response to our 3D tumour mapping challenge, the Rosetta team has developed a suite of techniques which, used together, can image and correlate the distribution of molecules, genetic information and metabolic signatures in single cells, in relation to the whole tumour landscape.

Over the next year, the team will continue to use this technology to create the first comprehensive atlas of tumour immunometabolism - the interplay between metabolism and the immune system. Preliminary findings suggest treatment influences the distribution of key metabolites which, in turn, influence the immune status of a tumour, and could dictate how a person responds to therapy.

The Mutographs team is taking on the unusual mutation pattern challenge to investigate a central mystery in cancer research – why certain cancers strongly affect people in some regions around the world but not others. Unravelling this phenomenon may identify environmental, lifestyle or genetic factors that lead to higher cancer incidence in some parts of the world, leading to a new way to prevent the disease.

For pancreatic cancer, risk is higher in central Europe, particularly the Czech Republic and Slovakia, and in Japan – but is much lower in Iran, as well as countries in East Africa and South America.

The team is comparing samples from areas with varying incidence of pancreatic and other cancers, hoping to pinpoint what could be causing these dramatic differences in risk.

Read more about the journey of these samples in the team’s blog.

Learn more about pancreatic cancer, including its symptoms and risks.