A step closer to avoiding overtreatment in people with DCIS 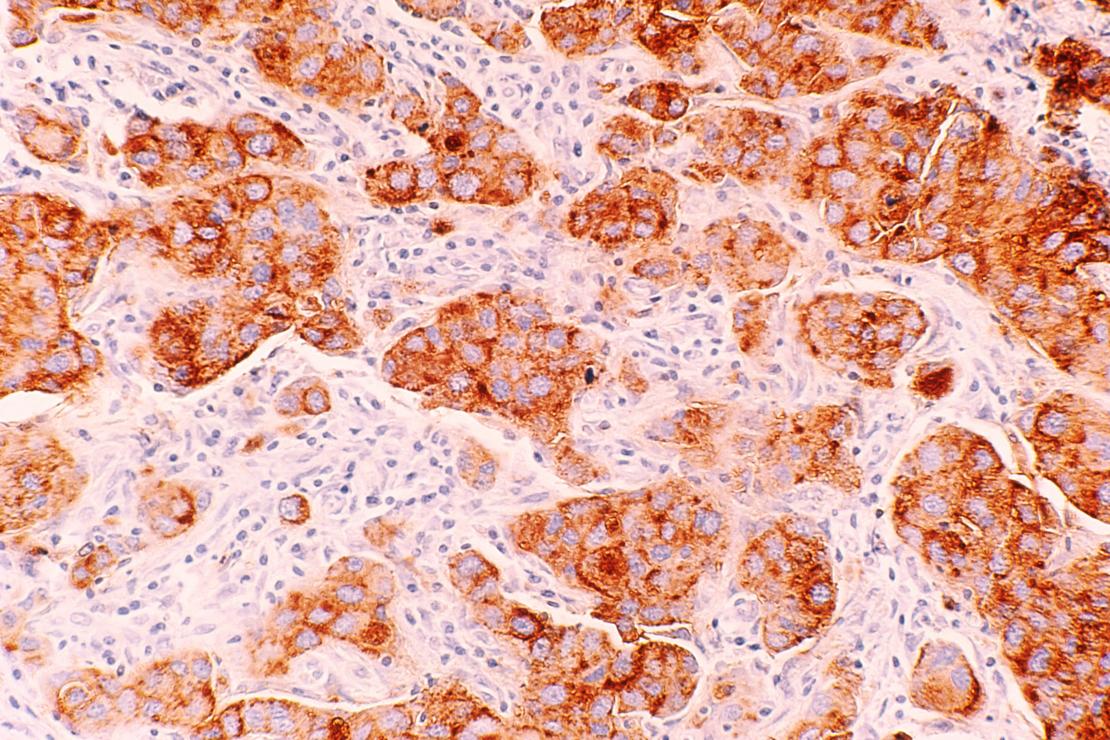 Today, the team taking on our Lethal vs. Non-Lethal challenge shared new findings that could change management and treatment for people with ductal carcinoma in situ (DCIS).

To find out more about the clinical potential of these findings, we met with some members of the team behind the study: pathologist Jelle Wesseling (leader of the Cancer Grand Challenges PRECISION team at the Netherlands Cancer Institute), clinical oncologist Elinor Sawyer (team co-investigator at King’s College London) and staff scientist Esther Lips (team co-investigator at the Netherlands Cancer Institute).

Talk us through the key findings from the study.

Jelle: At the heart of our study is a cohort of people with ductal carcinoma in situ (DCIS) who, despite treatment, still developed an invasive breast cancer (IBC) in the same breast – in some people, up to 20 years after their initial DCIS diagnosis. These people are spread across the UK, the US and the Netherlands, and we performed extensive analyses on their DCIS and their IBC – known as paired lesions – to investigate how they are related.

To our surprise, 20% of the paired lesions were not genetically related, indicating that the IBCs were actually new primary tumours. This indicates that DCIS is not always a precursor to IBC, as has always been thought, and that it can also be a risk factor for subsequent IBC.

This is important. Most people with DCIS are offered surgery, often supplemented with radiotherapy and sometimes hormonal treatment, to reduce the risk of an invasive recurrence, because it is assumed that subsequent IBCs are related to the initial DCIS. Our findings could help inform individual decisions around DCIS management and open new avenues to understand how DCIS influences the risk of a second primary tumour.

How will your findings shape further research in the field of DCIS?

Esther: The most important take-home message is that we should not automatically assume that an invasive breast cancer is an outgrowth of the primary DCIS: 1 in 5 assumed recurrences are in fact new primary tumours.

This has three main implications. First, DCIS should be considered not only as a precursor but also as a risk factor for the development of further disease – understanding what influences this risk will be important moving forwards. Second, the true risk of DCIS recurrence might be overestimated – this understanding may help better inform clinical decision-making around treatment and active surveillance. And third, the notion of biomarkers to predict risk of recurrence will likely be irrelevant in these new primary tumours.

How do you think these findings will impact the patient community?

Jelle: As a pathologist, it is essential for me to provide patients with accurate estimates of the risk that their DCIS will cause them harm. Our findings provide context to help our patients weigh these risks and to make informed decisions about their DCIS management – such as opting for active surveillance if the risk is perceived as acceptably low or for treatment if the risk of harm is high.

Elinor: In my work as a clinician, these results will make me think not just about the risk a person has of developing a recurrence following DCIS but also their risk of developing a second new primary tumour. Taking into consideration the biology of their DCIS as well as risk factors for a second breast cancer, such as family history and lifestyle, will allow me to tailor my treatment recommendations to the individual patient. I very much hope that this will become a reality in the very near future.

Esther: Understanding how inherited genetic factors influence the risk of a second primary tumour after DCIS will be key to personalising risk management. Studies like ICICLE [co-led by Elinor and funded by Cancer Research UK] are currently investigating this connection.

Do you think we will ever find a single biomarker to predict DCIS progression?

Esther: No. If so, I would expect we would have found it already. DCIS is heterogeneous, and multiple factors play a role in its progression – HER2, COX2 and adipocyte size have already been shown to be important, and it looks like tissue architecture, genetics and lifestyle factors will also play a role. I don’t think DCIS progression will ever be explained by a single biomarker alone.

Elinor: I don’t think so. When we compared genetic changes in paired DCIS and IBC which were related, there was no clear evidence that the invasive disease had acquired specific mutations to drive its invasion. This adds to the evidence that DCIS progression is likely to be multifactorial and influenced by how the DCIS interacts with its surrounding microenvironment, as well as just biology and genetics.

By revealing more about the progression of DCIS to invasive breast cancer, the team’s findings bring them closer to tackling the Lethal vs. Non-Lethal challenge.

Learn more about the challenge here. Read the paper in Nature Genetics.